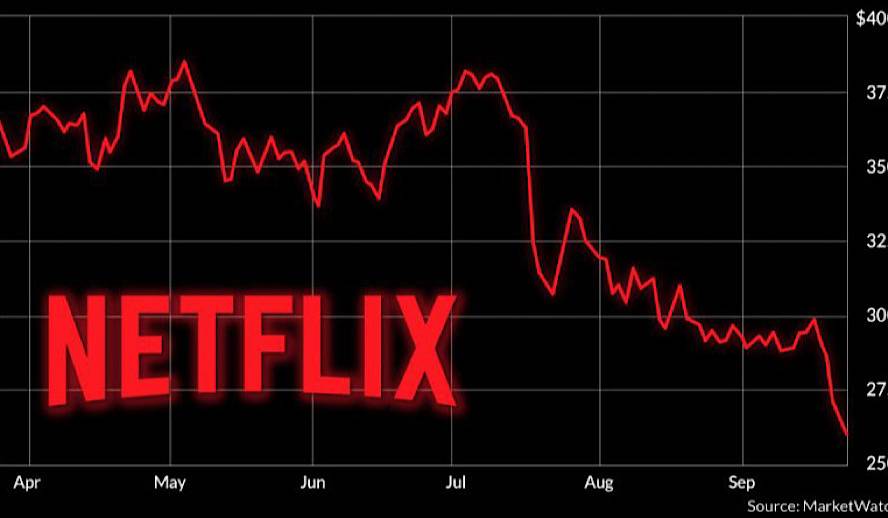 A Surge In Competition

Netflix has found itself in a difficult situation recently. Most people have undoubtedly noticed a surge in new streaming services in the past few years. Disney+, HBO Max, Paramount Plus, Peacock, and so on. Since these companies have created their own streaming service, they will now be taking back all the content they lent to Netflix. This is a devastating development for Netflix as most of their licensed content came from studios that have since launched their in-house streaming service or are in the process of doing so. As contracts with these studios have expired, Netflix is losing popular movies and television shows from its platform.

Favorites such as ‘Friends’ and ‘ The Office ‘ have moved to HBO Max and Peacock, respectively. Other popular shows and films that have been removed have left the Netflix catalog thin and unappealing to the typical viewer. Major players such as Disney and Amazon have bought out huge media companies like 21st Century Fox and Metro-Goldwyn-Mayer in an effort to dominate the streaming market. This has become a recent trend as several companies have merged with others and have retaken control of all their subsidiaries that had contracts with other streaming platforms. Netflix now has a mountain to climb and better streaming options nipping at its heels. Although many people are wary of subscribing to multiple streaming sites just to watch their favorite shows, Netflix has not given subscribers enough incentive to stay and weather the storm. Despite a lackluster catalog, Netflix has continued to raise its prices. Consequently, Netflix lost over 200,000 subscribers in the first few months of 2022, and the projected loss for the entire year is over 2 million.

Please sign the petition below – ‘RRR’ Must Receive Oscars’ Nominations

Netflix launched its streaming service in 2007 and, over time, began signing content deals with Dreamworks , Paramount, Warner Bros., and other companies to bolster their streaming content. Netflix was one of the first popular streaming sites and dominated for almost a decade. However, there is a reason that Netflix is now struggling. In hindsight, the foundation of Netflix’s streaming venture was built on sand, which is why the business is shifting.

Related article: All Best Actor/Actress Speeches From The Beginning Of Oscars 1929-2019 | Hollywood Insider

Related article: The Hollywood Insider’s CEO Pritan Ambroase: “The Importance of Venice Film Festival as the Protector of Cinema”

Netflix’s library heavily depended on licensed content from other companies. As the internet began to take over in the 2010s, it was clear that Netflix would not dominate the market forever. How long would companies stand by and watch as Netflix flourished by piggybacking off their content? How long would they hold off taking back their content and cashing in on a lucrative streaming venture? Netflix, in its prime, was amazing for consumers as it had hit films and shows from several studios all in one place. Unfortunately, what is best for consumers is not always the best for companies. It was only a matter of time before the streaming revolution came, trampling Netflix in the process. Perhaps Netflix had planned for this contingency by creating original content since 2013, but this has proven difficult in recent years.

Related video: EVOLUTION: Every Tom Cruise Role From 1981 to 2021, All Performances Exceptionally Poignant

Related article: A Tribute to Johnny Depp: The Actor and Musician Who Defined Range

Related video: EVOLUTION: Every Johnny Depp Role From 1984 to 2020, All Performances Exceptionally Poignant

After losing a massive chunk of its catalog, Netflix has doubled down to create in-house content. Netflix has started spending billions annually on creating original content. In the past couple of years, they have signed content deals with prominent names such as Spike Lee , Shonda Rhimes, and Courtney Kemp. This is likely a gambit caused by a lack of return on investment from previous releases. Luckily, Shonda Rhimes has produced two hits for Netflix so far. ‘ Inventing Anna ’ and ‘Brigerton ’ have been in Netflix’s top 5 most watched shows based on raw data; just behind Netflix’s crown jewel: ‘ Stranger Things .’ Whether or not these successes can bring back a worthwhile amount of subscribers remains to be seen. Despite these successes, over 30 Netflix shows have been canceled in 2022, ten more than last year. Netflix must scramble to churn out quality content before it becomes an afterthought in the streaming market.

Related article: EVOLUTION: Every Henry Cavill Role From 2001 to 2021, All Performances Exceptionally Poignant

Related article: EVOLUTION: Every Chris Evans Role From 1997 to 2020, All Performances Exceptionally Poignant

Netflix’s weakening infrastructure could not have come at a worse time. Inflation and high-interest rates placed by the Federal reserve have impacted media companies since they are classified as tech stocks. Netflix shares have dropped by 35% in the last six months and continue to underperform in the market. However, shares are beginning to rise as analysts anticipate an ad-driven business model to take effect in November.

When looking through the consumer’s eye, this new business model will only further deter new or returning subscribers from the platform. The remaining subscribers are unlikely to be willing to pay higher prices with ads for a subpar streaming library. While this model may bring in extra revenue in the short term, it will surely doom Netflix in the near future. This is only an immediate solution that does not account for longevity. How long will people pay high prices for a platform with ads and not much to watch? The future looks bleak with this type of model.

It is interesting to see how a major company partially responsible for Blockbuster’s demise may soon experience the same thing. They may have dominated the market for a time, but what goes up must come down. Once the pinnacle of streaming in a new era, Netflix has fallen by the wayside. Fans who experienced Netflix in its heyday know how special it was and will be sad to see it go. We didn’t realize it at the time, but it was a champion for the people. Now we have a dozen streaming sites to subscribe to just to get the same content. Streaming competitors simply have too much firepower for Netflix at this point, and any further stumbles could end this company’s relevance for good. The next few years are critical to getting right. A run of massively successful shows and new contracts with up-and-coming studios could be what puts the sleeping giant back on track.

I am sure I am speaking for a multitude of Cinema lovers all over the world when I speak of the following sentiments that this medium of art has blessed me with. Cinema taught me about our world, at times in English and at times through the beautiful one-inch bar of subtitles. I learned from the stories in the global movies that we are all alike across all borders. Remember that one of the best symbols of many great civilizations and their prosperity has been the art they have left behind. This art can be in the form of paintings, sculptures, architecture, writings, inventions, etc. For our modern society, Cinema happens to be one of them. Cinema is more than just a form of entertainment, it is an integral part of society. I love the world uniting, be it for Cinema, TV, media, art, fashion, sport, etc. Please keep this going full speed. ”